Ex:–> I don’t have anything in common with my brother. We’re like chalk and cheese.

Ex:–> The abortion issue is a hot potato in the US

Ex:–> My plans to create a tiny car made of glasses were unsuccessful, so I guess it’s back to the drawing board for me.

Ex:–> Stop beating about the bush and answer my question.

Ex:–> Portable phones are marketed as the best thing since sliced bread; people think they are extremely good.

Ex:–> I have been searching here and there for the gift I bought for my girlfriend.

Ex:–> I will have a big exam tomorrow so I’ll be burning the midnight oil tonight.

Ex:–> I can’t go out tonight. I’ve got to hit the books. I’m having an exam tomorrow.

Ex:–> “You scratch my back and I will scratch yours later,” the customer said when we talked about the new sales contact.

Ex:–> Mike hit the nail on the head when he said most people can use a computer without knowing how it works.

Ex:–> One of the problems with relationships is that after a while you begin to take each other for granted!!

Ex:–> We will take your long year of service into account when we make our final decision.

Ex:–> I’d be glad to help you if you need me. I put myself at your disposal.

Ex:–> I’ve got a splitting headache. I’m going upstairs for a nap.

Ex:–> I went to a restaurant last night. I was the ten thousandth customer, so my dinner was on the house.

Ex:–> I”m afraid he will hit the roof when he finds out our vacation is canceled

Ex:–> G-Dragon brought the house down. He really brought down the house with his fantastic song.

Ex:–> If you want a decent wine in a restaurant , you to have to pay through the nose for it.

Ex:–> I got through calculus math by the skin of my teeth.

Ex:–> I got to the airport a few minutes late and missed the plane by the skin of my teeth.

Ex:–> You don’t mean that. You’re just pulling my leg.

Ex:–> It strikes as a strange to me that he failed the exam because he is so smart and diligent a student.

Ex:–> Would you take it amiss if I told you I thought you look lovely? I was afraid you’d take it the wrong way.

Ex:–> I have been searching high and low for the gift I bought for my girlfriend.

Ex:–> Can I bring some friends with me?Yeah sure, the more, the merrier.

Ex:–> Every nowand then, I want to be alone.

Ex:–> Too much success will go to her head.

Ex:–> Once in a blue moon, I stop thinking about her. If only she knew how much I loved her.

Ex:–> Go and tell her that you love her! That kind of girl is really few and far between

Ex:–> I expect you to be on the post when and where trouble arises

(2): in trouble; in a difficult situation (gặp rắc rối)

Ex:–> Unless we take measures to protect tigers, they will be on the verge of extinction. (lưu ý: take measures: đưa ra biện pháp)

Ex:–> First of allit was the car breaking down, then the fire in the kitchen and now Mike’saccident

Ex:–> Bob’s old drinking buddies complained that he was no fun when he went on the wagon

Ex:–> They simply didn’t know what they were doing and they were led by the nose by a manipulative government

Ex:–> She always turned her term paper in at the eleventh hour.

Ex:–> The book has only just been published andcopies are already selling like hot cakes in both Britain and America.

Ex:–> It is very easy to find fault with the work others.

Ex:–> I tried to make believe she was happy, but knew deep down it was not true.

Ex:–> We made good time and were at the hotel by lunch time.

Ex:–> Their relationship is not free and easy but at least he is no longer looking daggers at her.

Ex:–> You cannot get married until you are 18, it’s out of the question.

Ex:–> All at once, there was a loud banging on the door.

Ex:–> Anyone will tell you she’s one of the best journalist we’ve got, although she’d never blow her trumpet.

Ex:–> You don’t have to give me your decision now. Sleep on it, and let me know tomorrow.

Ex:–> We fought tooth and claw to retain our share of business.

Ex:–> The kids are always play jokes on their teachers.

Ex:–> When she showed up late a third time, that was the last straw. We had to fire her.

Ex:–> After three weeks of using this computer, I think I’ve finally got the hand of it.

Ex:–> Tom is hard of hearing. Therefore, we have to speak loudly so that he can hear us.

Ex:–> Please keep an eye on my baby while I’m out for a while.

Ex:–> She has a bee in her bonnet about going to America.

Ex:–> I’m worried my members in this page may be getting cold feet about the university entrance exam. Therefore, I will try my best to help them overcome this severe exam. ^O^ *tặng các Fans dethithu.net*

Ex:–> On second thoughts, it was a dumb movie.

Ex:–> If everyone chips in, we will be able to buy her a nice present.

Ex:–> The old man has been off his head for at least a year.

Ex:–> They ignore people who jumps the traffic lights.

Ex:–> No one will fly off the handle for no reason.

Ex:–> It’s been bucketing down all day.

Ex:–> I dropped a brick when talking with my best friend, and now she doesn’t want to talk to me.

Ex:–> I always get butterflies in my stomach when it comes to taking test

Ex:–> What the president said is not to be printed. It’s off the record

Ex:–> SNSD is my cup of tea. They are so beautiful and talented. Especially Seohyun, she looks so cute

Ex:–> Only allowing half an hour to get from the station to the airport is cutting it fine, isn’t it?

Ex:–> The manager got early retirement and a 600,000$ golden handshake when the company was restructed.

Ex:–> We’ve known you are a good swimmer – stop putting on an act.

Ex:–> Men like to take things to pieces and put them together.

Ex:–> I really put my foot in it when I asked her about her job. I didn’t know she’d just been fired.

Ex:–> The rest of the team complained that Sarah wasn’t pulling her weight.

Ex:–> I have to work at two jobs to make ends meet.

Ex:–> I think I must explain to her that she got hold of the wrong end of the stick again.

Ex:–> Although a deal has been agreed, it is not yet cut-and-dried.

Ex:–> The human rights issue is by no means cut-and-dried.

Ex:–> We had better keep on our toes while we’re walking along the dark portions of this street.

Ex:–> I’m glad that they see eye to eye on the matter of the conference location.

Ex:–> It seems that Charles will give it up. I suppose he is a lost cause.

Ex:–> James sometimes seems quite unfriendly but at heart he’s a good person.

Ex:–> The woman said that she would know the thief by sight if she ever saw him again.

Ex:–> She takes pains to do everything well.

Ex:–> During difficult economic times, many people have to make do with less.

Ex:–> Mary broke a dining-room window and had to face the music when her father got home.

Ex:–> While Anne was on probation, she reported to the police regularly.

Ex:–> John was on probation for a year. 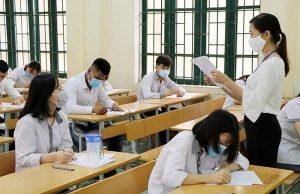